Aim — to determine the changes in carbohydrate metabolism in case of intact gallbladder(GB) and its disorders including the condition after cholecystectomy in patients with coronary heart disease (CHD).

Materials and methods. Examinations involved 71 inpatients (52.11 % males, 47.89 % females, median age 65 years) with various forms of CHD (acute coronary syndrome, acute myocardial infarction, postinfarction cardiosclerosis), who were treated in cardiological and infarctional wards. All patients were divided into groups depending on the sonographically determined GB status: the 1st group (n = 30) with intact GB, 2ndgroup (n = 24) with inflections, sludge or signs of chronic cholecystitis, the 3rd group (n = 7) withcholelithiasis and calculous cholecystitis, the 4th(n = 10) with the history of cholecystectomy. Thegroupswereage- and no­sology-matching. Apart from routine investigations, 20 parameters of glucose metabolism were determined: oral glucosetolerance test (OGTT) with the estimation of glucose, insulin and C-peptide levels at baseline (0’) and on 30, 60 and 120 minutes after taking of 75 g of glucose; glycated hemoglobin(НbА1c) levels; increasing areas under curves in the early and late phases for glucose (iAUCG 0-30’, 30-120’) and insulin (iAUCI 0-30’, 30-120’); seevral indexes (HOMA-IR, Quicki, Matsuda, Shuster, DeFronzo).

Results. It has been established that GB disorders were accompanied by the significantly less frequent normal glucose metabolism (6.4 % vs 26.7 %) and higher diabetes incidence (19.4 % vs 3.3 %, both p < 0.05) compared to the intact GB. GB condition did not affect the liver insulin sensitivity, the peripheral tissues’ insulin sensitivity, liver clearance of insulin, C-peptide level, as well as the early or late insulin secretion phase, although it was significantly associated with glycemia levels, glycated hemoglobin and the ratio between insulin secretion and the tissue sensitivity. The worst condition of carbohydrate metabolism was observed in case of sludge, GB deformations and signs of chronic cholecystitis: these changes were accompanied by significantly higher glycemia at all points (0’, 30’, 60’, 120’), bigger area under curve for glucose in the late phase (30—120’), higher glycated hemoglobin and lower DeFronzo index. The condition after cholecystectomy was associated with a lower level of glycated hemoglobin, although during the first hour after glucose loading levels of glycemia exceeded the values of people with intact GB.

Conclusion. The gallbladder condition affects carbohydrate metabolism, and its pathological changes are associated with a deterioration of carbohydrate balance. 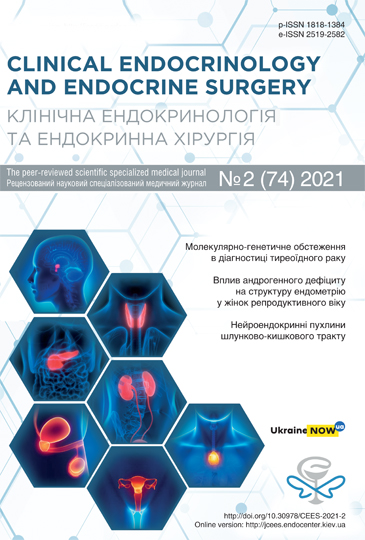